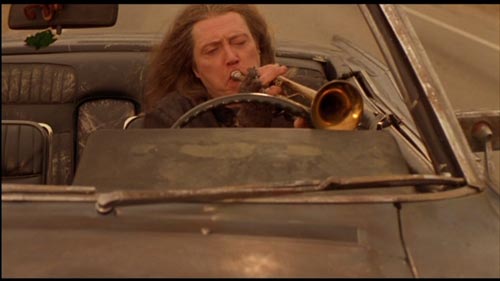 While the first film was really good and the second one a disappointment the third movie is somewhere in-between. Its an enjoyable film sure, and I liked it more than the second one, yet it has its limitations. Christopher Walken returned as Gabriel, who is now human and in search of redemption. In fact the film’s title is directed at him and not the main character, Danyael, who is the son of Valerie from the second movie, although its also concerning Danyael’s destiny. For Danyael must battle Zophael and Pyriel, who are bent on destroying humanity. One of the things I liked about this movie is how it brings the overlying arc full circle, only this time Gabriel is on the side of humanity since he was forced to live among them.

This aspect makes the film more interesting, and of course there are angel fights and the fate of mankind hangs in the balance as usual. Maggie is Danyael’s girlfriend and becomes forced by Zophael to go after Danyael. There is multiple jokes about driving once again, which is a staple of the series, and I liked that all three films have the same corner: poor Joseph at this point seems wary of angels, and is ready for his problems to end. I also liked that Gabriel ends up at the same dinner that he stopped at during the first film, and the final battle is outlandish, having been proceeded by freaky nightmares that Danyael has throughout the film.

Oh and this movie has some thoughts on God and religion, although they are very Hollywood in nature and therefore only scratch the surface of religious discussion. I liked how this one ended, and overall I have enjoyed the three films. There is a forth film yet due to Christopher Walken not being involved I don’t really consider it part of the series. I might still watch it but I’ll have low expectations. Sometimes trilogies work best.