Color Out Of Space has Nicholas Cage balancing his two distinct types of acting: calm, collected, normal and completely unhinged. I think the movie could have used more Cage freakouts, however in this case his dad operates as the film’s main source of stability. Once the center fails to hold and things fall apart, he comes unglued. This was also a pretty good Lovecraft adaption as far as those go.

Elliot Knight’s plays a Hydrologist working for a big company who shows up near the property of the Gardner family. The mom is played by Joely Richardson, Brendan Meyer plays the son and Madeleine Arthur the daughter. They’re a happy, normal bunch until a meteorite crashes into their front yard. From then on, things get weird, very quickly. If there ever was a movie about not trusting the local drinking water, it would be this one.

Even though most of this film is a slow burn, I was never bored and that is all just building up to the film’s last, insane act. The special effects were pretty good here too, and I liked how it ended. Even if this isn’t a great flick it is a pretty good one. More modern adaptations of Lovecraft works, please.

I finally viewed The Master because it was leaving Netflix and people kept telling me to watch it. There’s something in all that, I’m sure, but that’s a subject I’ve already covered. Paul Thomas Anderson did in a way make a lose movie about Scientology, however it could be about most cults. Some feel that all religions are cuts-more on that later. Yet if one only focuses on that aspect they miss out on the film’s bigger picture, and that is one I almost missed, too. The film works like poetry and thus leaves you to think for yourself, which is ironic considering the subject matter.

What I got out of Anderson’s modern classic (one more year and it a decade old-my how time flies) is that Freddie, our protagonist, never bought into The Cause. This is the new age religion at the heart of the movie, and yet what is the real focus is the tumultuous relationship between Freddie and The Cause’s leader, Lancaster Dodd. Ah, what a name for a cult leader, and he has a magnetic personality that attracts Freddie instantly from the moment they first speak. This conversation is based in Freddie having stowed away on Dodd’s boat, and then having given him a strong bottle of alcohol he made himself.

Dodd’s wife, Peggy, grows to mistrust Freddie although that partly grows from how infatuated her husband is with him. The jail scene is a key moment where Dodd admits that he is the only person who likes Freddie, and that seems to have a ring of truth to it. Dodd naturally tries to mold the cause to his new friend, however Freddie’s own volatile and unpredictable behavior makes that rather difficult.

Another fun note is how Anderson brings together a magnificent cast for his sweeping epic. When Laura Dern and Rami Malek are secondary players in your movie you have a great cast. Also I liked that Dodd’s son is played by Jesse Plemons, who has carved out a character actor niche for himself in Hollywood. Yet it is the dynamic of Joaquin Phoenix, Philip Seymour Hoffman and Amy Adams that is the heart and soul of the movie.

The film doesn’t always work at times and the finale may seem jarring and abrupt to many viewers. I was left mostly satisfied, mediating upon what had occurred, and asking myself if I knew anyone quite like Freddie. I don’t think so, although few come close in my mind. I dwell upon how Dodd tells Freddie that everyone has a master, and while that part is a tad heavy handed the moment works. We’ve all got to serve somebody. 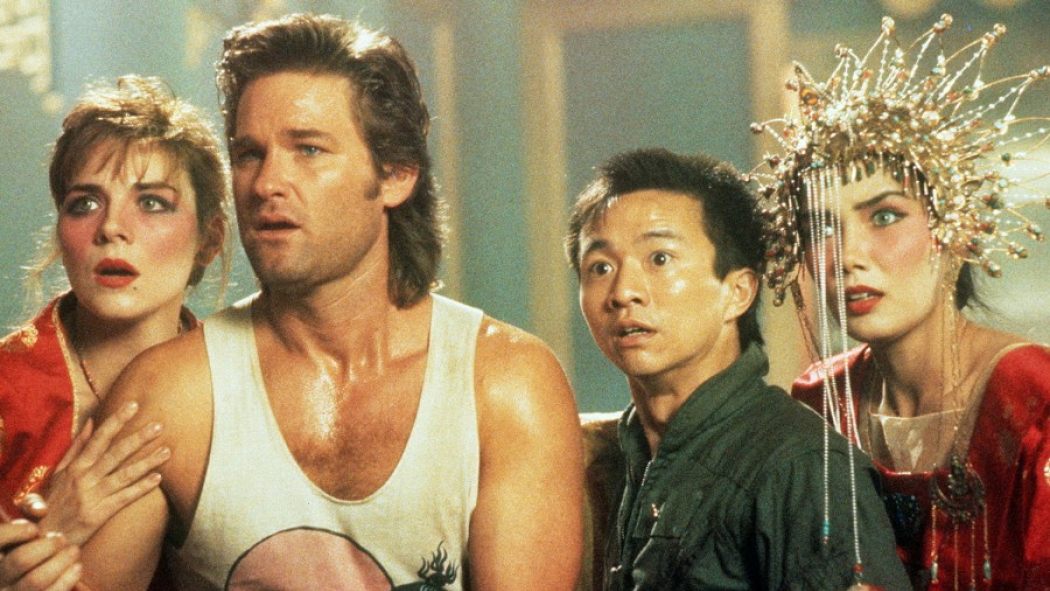 2004: The Life Aquatic With Steve Zissou

2008: The Curious Case of Benjamin Button

The goal is to try and view as many films as possible in 31 days to end the year. Right now I’ve viewed: