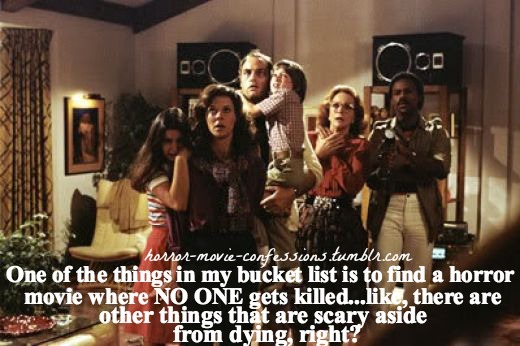 Yeah sure I should have an actual life one, but that’s boring. Horror movies are more fun.

2. Viewed a horror movie at a midnight show-done for ANOES remake

5. Own more than 10 horror movies-Way past that haha.