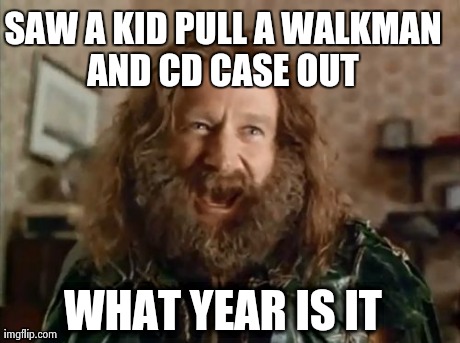 Maybe its because I am 32 and thus recall the previous days of my youth, but I still often purchase physical media. I like having something that does not rely on a computer, or a phone, or the Internet, especially considering that Net Neutrality is under attack and many video rental stores have closed shop. So upon hearing that Best Buy and Target are going to eliminate compact discs (CD’s), I was bummed, yet not surprised. After all, they were they type of 1990’s fad that had at first slowly, then quickly, go out of fashion. The musical industry after years of fighting the Internet embraced the digital world, as have many customers, even myself included. Although I do not have a computer, so this means I have still not fully switched to digital music, although I would still want to back up anything I own via some type of Cloud storage.

That said, owning physical copies of movies is still a good idea, as there are way too many streaming services and some movies have yet to be transferred to even DVD, much less Blu ray or 4K HD. I recently skimmed a piece making a good argument for hanging on to your movies, although even I have sold many films I own over the past two years due to lack of storage area and because I prize my Criterion collection over most, if not all, of what I own. I still got rid of some my Criterions, anyways, since those are worth money and I had no use for them. Maybe one day all of us will be able to not have to still own some type of physical media, or all of us will be paying storage garages to keep all this extra nonsense we own. As for me, I still take full advantage of my local library, RedBox, and Family Video, which refuses to die off, yet, for which I am oddly grateful.