The Foreigner (1978) is an underground movie, at times punk driven even, and I watched it thanks to well….TCM’s Underground theater that airs on Saturday’s now. The copy was grainy, the audio scratchy, and yet I couldn’t stop watching despite not really knowing what the plot exactly was. The main character, a French agent named Max, is stationed in New York City but he has little information about his mission or why he’s there. I loved the opening credits, set to a rather cool sounding score: Max in the cab, looking quietly out the window as the taxi drives on through a tunnel into the New York City streets.

I was reminded of Michael Mann and Taxi Driver, however really this film is more Repo Man (1984) in terms of being about the punk scene and punks in general. Max wanders aimlessly through New York, getting in and out of trouble; there is a rather shocking scene where he is stabbed and assaulted by some toughs in a random dive which features…a punk band. Having Harry pop up in a back alley smoking is an amusing moment, as this film was made just as Blondie was beginning to achieve stardom, but it also speaks to this movie’s odd moments. 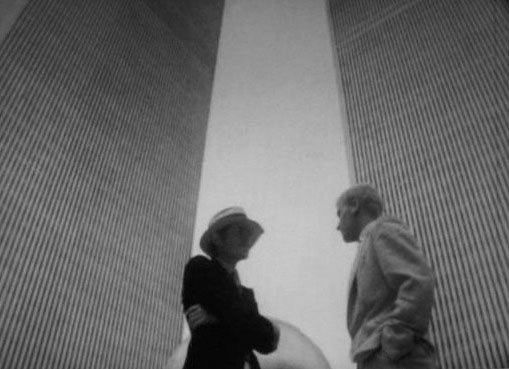 However later on it appears this is as much about racial intolerance and fear of “The Other” as it is a spy thriller movie. Max proves unable to save others, and by the middle to later part of the film he is chased by the very tough youths that gave him trouble earlier. Desperate to gain further meaning and understanding, he achieves neither and chases it in strong drink and strange women. I love how the film ends, with a stark viewing of the Statue of Liberty. Apparently in this film the immigrant is not received warmly, but is rather cast out and abused, beaten and in the end, destroyed.

Sure this is a really low budget film and the acting is not the greatest, but I was captivated throughout and I really would like to see this again. Unfortunately I had to delete it from my parents’ DVR (I no longer live there but I still use it heh) and according to an online search this is sadly not a better copy of this film. Too bad, as it should be seen by more and it reminded me of another equally underrated cult classic, the 1962 film Blast of Silence, which I own on Criterion.